Scoliosis Progression and the Immune Response; Can Supplements Help?

Researchers continually provide validation that scoliosis is much more than a curvature of the spine.

Osteoporosis, osteopenia and low bone density have been shown to be a risk factor for progression in scoliosis. Low bone density can occur in those that are still growing. Nutrition focused on bone support starts with protecting the Epigenome and reducing pro-inflammatory cytokines that promote scoliosis progression in the growing spine, as well as degeneration in the aging adult spine with scoliosis.

Research is also pointing towards the immune response as the mechanism responsible for trophic (tissue) changes associated with scoliosis curvature progression. 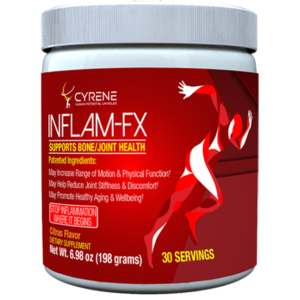 Descriptions:
Research is pointing towards the immune response as the mechanism responsible for trophic (tissue) changes associated with scoliosis curvature progression. Through the process of inflammation, cytokines (proteins that are released when tissues are damaged) mediate a pro-inflammatory response that can be switched on without limitation, which ultimately leads to fatty infiltration of the concavity musculature in particular, through an immune muscle cross talk, and progressive bone and joint deformity via an immune bone cross talk.

The pro inflammatory cytokines also have an effect on the non-endcoded nuclear DNA responsible for switching genes on and off. We know this as the epigenetic response. Epigenetics factors have been shown to be controllable through nutritional changes. Below is a list of nutrients we recommend for our patients.

Univestin: A combination of botanicals clinically shown to reduce joint pain but more importantly for scoliosis patients is the mechanism in which it works. These botanicals have been shown to reduce the influence of pro-inflammatory cytokines.

Joint discomfort and stiffness is caused by a complex cascading reaction to thinning joint cartilage. Many joint health ingredients attempt to tamp down the body’s natural “reaction cascade” by addressing a single mechanism-of-action (MOA), but research has shown that the body often adjusts to such single-channel solutions by activating activity in other channels.

Univestin’s patented multi-channel approach combines flavonoid-enriched plant extracts that have been clinically shown to balance activity across multiple “prongs” of the reaction cascade, soothing joint discomfort and relieving stiffness.* Scoliosis progression has been shown to involve these same metabolic pathways and clinically should be managed in a similar way.

Nutrition has been shown to be an effective way to modify cytokines levels and thereby effectively blunting the downstream effect which ultimately could lead to progression and or degeneration. Specifically Tumeric and Grape Seed Extracthave been shown to reduce pro inflammatory cytokines when given in clinically significant amounts.
Quercetin Dihydrate is a Flavonoid polyphenol which is most beneficial for down-regulating inflammatory cytokines or suppressing inflammatory pathways and functions. Quercetin is considered the most diffuse nature-derived flavonol there is, showing strong effects on immunity and inflammation caused by leukocytes and other intracellular signals. Scoliosis progression is reliant on these same pathways.

Grape Seed Extract has been shown to improve bone health in animal studies, as well as being a powerful antioxidant.

Changes of Selenium, Copper, and Zinc Content in Hair and Serum of Patients with Idiopathic Scoliosis has also been reported. 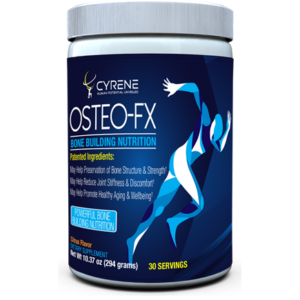 Descriptions:
Osteoporosis, osteopenia and low bone density for age have been shown to be a risk factor for progression in scoliosis.

Low bone density for age can occur in those that are still growing. Nutrition focused on Bone support starts with protecting the Epigenome and reducing pro inflammatory cytokines which promote scoliosis progression in the growing spine, as well as degeneration in the aging adult spine with scoliosis.

We strongly recommend an absorbable Vitamin D, with the necessary Vitamin K2 to direct the minerals into the bone, in the presence of Strontium Citrate, which has been shown to have a greater affinity for bone matrix than calcium.

(Strontium Relenate is used in Europe as a pharmaceutical grade treatment for osteoporosis and has shown it can result in reversal of the condition). There were some risk factors for those with heart disease and is currently not FDA approved in the U.S.

Strontium Citrate on the other hand is a safe form of Strontium and can be a better solution for males (as compared with Calcium supplementation which increases risks of prostate calcification). Strontium Citrate has been shown to positively influence the biomarkers associated with slowing osteopenia.

Peptan B contains 18 amino acids, the building blocks of our tissues and the primary component of proteins. Glycine, proline and hydroxyproline represent around 50% of Peptan’s total amino acid content; the glycine and proline concentration in Peptan is 10 to 20 times higher than in other proteins. As a result, Peptan offers health benefits that cannot be found in other protein sources. Peptan B has been scientifically proven to reduce joint pain and increase joint mobility.

Genistein is an isoflavone that is described as an angiogenesis inhibitor and a phytoestrogen. Phytoestrogens are plant-derived xenoestrogens not generated within the endocrine system but consumed by eating phytoestrogenic plants. Also called “dietary estrogens”, they are a diverse group of naturally occurring nonsteroidal plant compounds that, because of their structural similarity with estradiol (17-β-estradiol), have the ability to cause estrogenic effects.

Phospholipids; OSTEO-FX is the only bone formula that uses neuroskeletal science behinds its products. It includes significant amounts of Phosphatidylserine and Phosphatidylcholine; both are phospholipids which contain amino acids (the building blocks for neurotransmitters), fatty acids (used in building healthy cell membranes), and Phosphate which support healthy bone matrix.