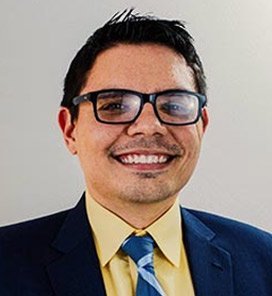 Dr. Miranda was born in Toronto, Ontario, Canada and moved to Miami, Florida at a young age. He attended the University of Florida where he studied Chemistry and Astronomy with a plan to go to pharmacy school. He soon came to realize that pharmacy was not consistent with what he believed healthcare should be.

While in chiropractic school, Dr. Miranda had the opportunity to travel to Vietnam on a clinic abroad trip where he treated the local population in central Vietnam, vowing to return one day. While there he also met the current board members of EPIC, including Dr. James Beadle, while completing his preceptorship with Dr. Stan Pierce, Jr, who is the founder of EPIC.

Upon graduation, Dr. Miranda practiced in Miami, Florida for a short time before he was offered an amazing opportunity to work in Dubai, United Arab Emirates under Dr. Stan Pierce, Jr and Dr. Kelcey Wiginton.

After his tenure in Dubai came to an end, Dr. Miranda took a vacation in Vietnam, where he reunited with his now fiancée. His vacation, though intended to be short, turned into a six month stay where he taught English at all levels as well as sought opportunities to practice his chiropractic skills.

Dr. Miranda returned to the United States where he quickly joined the team at Sound Corrections. Dr. Miranda has a very personal connection with EPIC and the people so deeply involved with its progress.