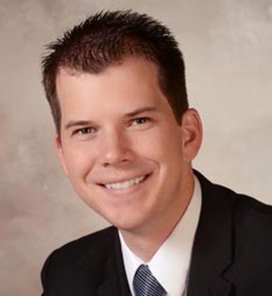 A graduate from Life Chiropractic College West, Dr. James Beadle has always believed in being as efficient as possible. This has prompted him to use technology to better people’s lives whether through chiropractic or while teaching in higher education. Dr. Beadle worked as an IT specialist before changing careers to become a Chiropractor. He jokes that instead of fixing computers he is fixing humans.

His main focus has been with pregnant mothers and children. He has attended 300+ post-graduate hours in extra prenatal/pediatric training and is Webster Certified. He utilizes EPIC, Activator and Joint Clearing techniques. He has been an advocate for women and children and has enjoyed being with the birth community in Utah. At the Empowering Fearless Birth event, he was recognized with the Award of Excellence and voted as the Best Chiropractor in 2019.

To help Utahans find a chiropractor easier, he developed utahpedschiro.com and ucreferral.com. As a founding member of the Utah Pediatric/Prenatal Chiropractic Association, he believes that every pregnant mother and newborn should get high-quality chiropractic care. Dr. Beadle has developed an e-course for chiropractic students to teach them the technique that he uses in his practice. This has fueled his passion to not only refine his skills but also to help lift up the next generation of chiropractors. He practiced in Florida with the developers of the technique which further refined his determination to return back to Utah to provide care for his family and friends.

He has a passion for music; he played the tuba in school for eight years. At age nineteen, he served the Lord on a two year LDS mission in Chile. He not only learned Spanish, but fell in love with the culture and the gospel. He has been happily married since 2010 and has two beautiful daughters.