What is a Scoliosis Epigenetic Diet?

What is a Scoliosis Epigenetic Diet?

Scoliosis is considered an orthopedic disease, however researchers have shown successful scoliosis treatment is dependent upon epigenetic factors and not the predetermined genetics. Scoliosis progression has been linked to low bone density for age, Osteopenia and Osteoporosis, and therefore should be a clinical target but rarely is. Other dietary deficiencies have been identified to be epigenetic triggers of disease, like low vitamin D, or low Vit B2. Diet and supplementation can effectively reduce your risk of scoliosis progression regardless of you age or if you are currently receiving orthopedic treatment. An Epigenetic Diet plan can reduce an adolescents risk of progression during puberty, and can improve conditions such as ammenorhea and Osteopenia. 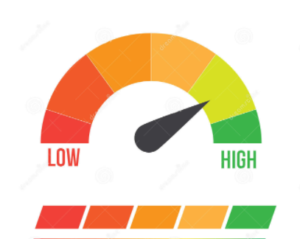 The factors which influence bone density can be complicated, therefore a comprehensive evaluation which measures key Bio Markers should be ordered to help your doctor determine your risk of scoliosis progression, and the likelihood that brace treatment alone can be successful.

Scoliosis is a genetic disorder that is strongly influenced by the environment. Historically Orthopedic treatment of scoliosis has not been successful other than surgery. Within the past 10 years the field of Epigenetics has emerged. Epigenetics is the study of how genes interact with the environment, and how the environment can change our gene expression without changing the actual gene code. Diet has been shown to be a strong epigenetic influence on genes. Specific nutrients and diets have been shown to aid in the reversal of disease. Scoliosis patients can utilize an epigenetic diet as a tool to minimize risk of scoliosis progression.

If you have low Vitamin D you are at an increased risk of scoliosis progression. In the presence of blood sugar dysregulation, acidic environments or low level inflammation, Supplementing with Vitamin D alone may not significantly improve your Vitamin D Levels.

Low bone density for age, Osteoporosis, and Osteopenia are known risk factors for Scoliosis progression.  Dexa Scans are low dose x-rays that show the mineralization of the bones at the hips and lumbar spine. Most doctors aren’t aware osteoporosis can occur in adolescents and therefore rarely have bone density testing done on scoliosis patients. Furthermore, technicians typically are not trained to evaluate a scoliotic spine, and often will have skewed results due to poor technique.  There is also a need to evaluate each hip individually due to the asymmetrical load profiles as a consequence of the scoliosis curvature.

Alkaline Phosphatase and Osteocalcin are biomarkers we assess to determine how quickly you are remodeling bone.

Inflammatory biomarkers are found on routine blood tests that can help identify risk factors which can be improved with diet, exercise and supplementation.

DHEA, Estradiol and Vitamin D are hormones which influence bone density. Female patients with Scoliosis have been shown to have lower levels of Estradiaol (estrogen), and higher levels of testosterone.  Supplements and Dietary changes can be made to mitigate the effects of hormone imbalances common in scoliosis.

Stress Hormones are messengers which are under the influence of the Autonomic nervous system. Since these hormones are ubiquitous and are difficult to track with blood tests, we test for neurological imbalances which are associated with higher than normal cortisol (stress hormones) levels .